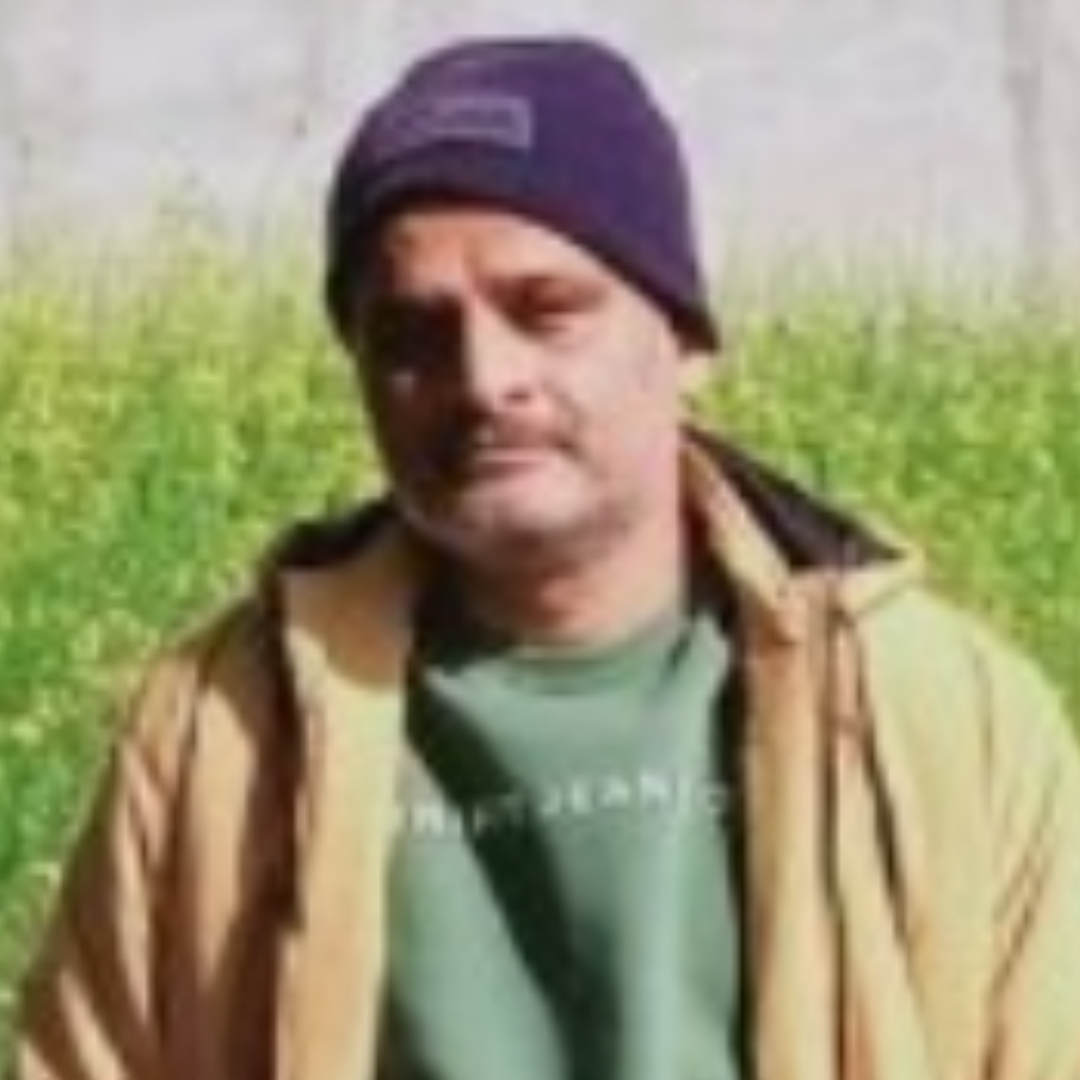 Rajiv Dogra is a seasoned journalist who knows everything there is about a newsroom. Rajiv writes...

“You are just seeking attention”

How many times have you heard these phrases? Traditionally, mental health has remained a taboo subject in India. The good news, however, is that people are now open to discussing it and the stigma associated with reaching out for care has somewhat reduced. Somewhere, the challenges of Covid-19 pandemic have proven to be a wake-up call.

“Mental health illnesses are more common than believed. It is estimated that 14% of the Indian population is suffering from mental health issues. In reality, the percentage could be more,” says Mumbai-based Dr Sonal Anand, Psychiatrist, Wockhardt Hospital.

Mental health represents our cognitive, behavioral, and emotional well-being. In recent years, and especially in the scenario of the pandemic, mental health has been gaining more importance and attention in India. However, there are a lot of misconceptions and stigma attached to seeking professional help, point out experts. The situation of apathy has, in fact, continued to prevail for years. There are various studies that underscore the reality when it comes to mental health in India.

Similarly, the National Mental Health Survey (NMHS), 2015-162 , by India’s National Institute of Mental Health & Neurosciences (NIMHANS) stated that an estimated 150 million persons were in need of mental health interventions and care (both short-term and long-term). Urgent actions are required, it said.

The WHO estimates3 that the burden of mental health problems in India is 2,443 disability-adjusted life years (DALYs) per 10,000 population. The economic loss due to mental health conditions, between 2012-2030, is estimated at US$ 1.03 trillion.

It is anyone’s guess that these numbers are likely to have shot up significantly, especially against the backdrop of Covid-19.

Mental health myths continue to prevail even in this scenario, further complicating the matter. We break some of them down here for you with the help of a few experts we spoke to.

Myth #1: Psychiatric illnesses are not real illnesses and are just illusions

Fact: That “it’s all in your head” comment? It arises out of a lack of awareness. Many people don’t know that all psychiatric illnesses are related to a complex interplay of genetic, biological, social and environmental factors, points out Dr. Anand.

A large number of people think that mental illness is not a real illness, concurs Kanchan Rai, Mental and Emotional Wellbeing Coach, Founder, Let Us Talk.

“It is a genuine health problem that needs effective treatment just like any other physical illness.”

Myth #2: Mental health problems are a sign of weakness

Fact: It’s often perceived that people affected by mental health disorders are weak and have poor willpower. However, it is important to understand that these disorders are not something that a person chooses to suffer from, states Dr. Anand. “Anyone can go through a mental health issue no matter how strong they are.”

Myth #3: Mental health problems are a sign of weakness

Fact: According to Rai, as human beings, we all are susceptible to illness and mental health issues are not any different. “Mental health is not a sign of weakness; it needs equal care and professional help.”

According to Rai, as human beings, we all are susceptible to illness and mental health issues are not any different. “Mental health is not a sign of weakness; it needs equal care and professional help.”

Myth #3: Medications are not necessary for mental illness but once started, they are required to be taken life-long

Fact: Medications for mental health have to be taken just as you would for any other physical illnesses be it heart disease or a thyroid disorder, points out Dr Anand. “Medications are taken for a specific period of time and are safe when taken under the supervision of a mental health worker.”

In a similar vein, Nandini Bhardwaj, Founder, Wellnesque: A Mental Health Initiative, Rehabilitation Council of India (RCI) Affiliated Consultant Clinical Psychologist, points out that there remains lack of awareness related to treatment involving psychotherapy or medication, which many people feel is only for the severely ill. “Medications can be accessed in mild and moderate cases as well so as to ensure the illness doesn’t exacerbate. Psychotherapy can be accessed for any problems that impact health or functionality, including sleep, efficiency and skill-learning, among others,” she adds.

Treatment, including counseling, is also available for free, adds Bhardwaj. Non-profit organizations such as Vandrevala Foundation (Mumbai) and The Live Love Laugh Foundation (Bengaluru), among others, also provide free access to help and treatment. A lot of companies, including Chargebee Technologies, Ernst & Young and Microsoft, among others are slowly providing reimbursement of therapy sessions as well.

“A few mental health start-ups offer the services of a therapist, which may cost as low as Rs 300. Eventually, it’s about prioritizing our time and resources that is an impediment to mental health and not the costing,” says Bhardwaj.

Also, remember, a medicine, if taken as per a doctor’s prescribed frequency will not lead to addiction or overdose in patients, she adds.

Myth #4: Mental health illness is only about ‘psychoses or craziness’

Fact: Mental health illnesses encompass much more, especially depression, anxiety, adjustment issues, stress, burnout and addictions, to list a just a few. “These are more common than schizophrenia. Many people avoid going to a psychiatrist because of this common myth,” says Dr Anand.

Myth #5: Mental illness can be taken care of by distracting or changing the mindset

Fact: An imbalance in brain chemicals leads to psychiatric disorders and serious mental illness, points out Rai. According to her, mental illness is not a mindset problem. “If someone thinks that way, they need to change their mindset.”

Fact: This is one of the most common myths around. However, “mental illnesses and common issues can only be genetically passed on, but are not contagious,” states Rai.

Fact: Due to stereotypical gender-biased rearing, men are assumed to be mentally stronger and less capable of emotional turmoil. However, depression is due to changes in neurotransmitters in the brain and is not related to gender, states Dr Anand. “Both females and males can go through major depression.”

Myth #8: Psychotherapy is nothing but ‘paid talking’ with a stranger

Fact: Psychotherapy is an evidence-based treatment, follows clinical protocols and standardized manuals, points out Bhardwaj. “It is certainly not the same as talking to a friend who doles out advice.”

Covid-19 is a game-changer for mental health in India

As they say, every adversity has a silver lining.

Covid-19 has given an opportunity to openly talk about the importance of mental health in our lives, states Dr Anand.  “The rare opportunity of being shut at home with family has opened up many avenues regarding how much we know about each other and how we look at human behavior. There has been a rise in individual stress in all ages and genders and these unprecedented times have put forward some situations never faced by people before. These situations have tested humanity and have made us change the way of the norm affecting our thoughts and behavior.”

The advent of tele-health, which allows for quick, easy, confidential and cheaper access to doctors and therapists is something that was earlier not considered a reliable medium of treatment earlier, states Bhardwaj. She also adds that there are various apps that have been launched with text features which provide a patient a platform to speak with experts in confidence when options of privacy or transport are not easily available.

This year, recognizing the impact of the Covid-19 pandemic on mental health, finance minister Nirmala Sitharaman announced that the Center will be launching a National Tele Mental Health program4, which will include a network of 23 tele mental health centers of excellence.

According to Rai, this program “will change mental healthcare to a great extent. It will make it easier for people to access quality counseling and care services related to mental health.”

“Covid-19 also ensured that people no longer just adopt distraction measures such as going out, gymming, shopping or repression of their problems as a coping mechanism against a mental issue,” says Bhardwaj.

“In the ongoing pandemic, mental health has taken center stage. Today, the conversation on mental health and the associated stigma around it is openly talked about,” chimes in Rai.

Mental health in India: What’s the need of the hour?

Seconds Bhardwaj, as she says that there is an urgent need to create mental health literacy and advocacy at the school level. “We can just as easily have a mental health class, something on a similar line of physical education or moral science.”

A provision needs to be made to compulsorily appoint an adequate number of counselors and psychologists at schools, institutes and organizations. They should not be seen as administrators or substitute teachers or ‘secret informants’ of school principals or parents, she adds.

Similarly, Rai states that there is a need to set up a network of professionals and make the services accessible for people across the country. “With state-of-the-art technology, a platform is needed where patient data can be collected and moved around for better treatment and care. In addition, proper channels must be installed to spread awareness about the mental health issues, their causes and diagnosis. It will help people to come to the front and seek professional help.”

[3] WHO and Mental Health