Is mental well-being in India declining? Natarajan spent many years in product development and IT before taking a break to reinvent... 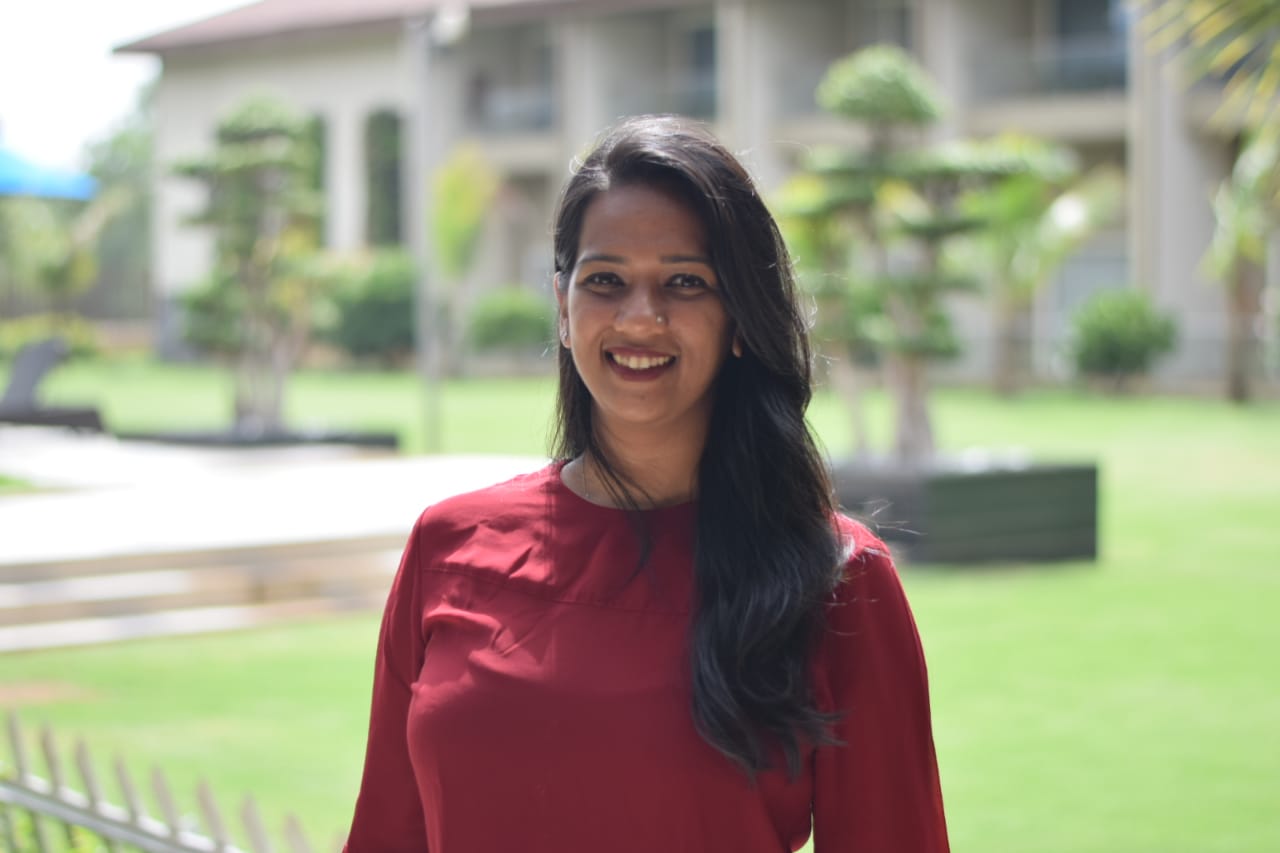 Did you know: Roughly 200 million people in India suffer from some kind of mental disorder?

The WHO reported that India is the most depressed country in the world by numbers, with one in six people needing help.

Yes, the concern is that big.

It hasn’t always been that way, or at least not to the same extent. Mental health has seen a disturbing decrease in the last decade.

Let us look at what research says about the reasons for this and what we can do about it.

Why this is important

As “common men” going about our day-to-day routines, scrambling to make ends meet, stealing moments in between to make those ends worth it, we tend to gloss over mental health amid more immediate and dramatic ailments like cancer and diabetes.

But also, perhaps there is more to it than just chill, and this impacts us more directly than we realize.

Mental health is getting worse

Ipsos is a multinational research group. Their Global Happiness Survey 2020 shows that only 66% of Indians say that they are “very happy” or “rather happy”.

This number has seen a steady decline. It is down

Key takeaways from the Ipsos study

The Ipsos report uses reported happiness as an indicator of mental health levels.

This correlation seems questionable at first.

Asking someone, “How happy are you?” is like your dentist asking you to rate pain on a scale of 1 to 10. One patient may report a pain level of seven, where you would say nine. Similarly, reported unhappiness could refer to someone’s fear over losing their job versus someone else’s toothache, yet someone else’s angst over not being able to charge their portable Playstation and so on.

However, when we look at large sample sizes across geographies year over year, reported happiness is a fairly acceptable approach in psychology circles and methods of study. The correlation is backed by other studies (like the report from the International Journal on Indian Psychology or Princeton University’s book) concerning mental health and happiness and their effects on each other.

Reported happiness as an overall indicator is, therefore, an acceptable measure to gauge the year-by-year direction of mental health levels.

The Ipsos survey, while posting numbers year by year, does not seem to cite strong reasons for its conclusions that digital life and Covid-19 are leading causes.

For one, Covid-19 was not on people’s minds before 2019, whereas the declining trend in the survey has been consistent since 2010. While Covid-19 is no doubt worrisome, perhaps the most worrisome aspect of life today, there is likely much more to the declining happiness trend over the last decade.

Secondly, while digital life is no doubt a factor, it seems questionable to place it as the highest-ranking reason amongst others.

Let us take a look at what may be likely causes of increasing unhappiness in Indians.

To understand unhappiness, let us first look at what drives happiness.

Abraham Maslow published a paper in 1943 titled “A Theory of Human Motivation,” where he described a stack of human aspirations. This model came to be known as “Maslow’s hierarchy of needs” and went on to become widely accepted in the psychology community as a basis for understanding human motivations.

At the base of Maslow’s pyramid sit “physiological needs” and “safety needs.”

In another study done by Ipsos about “What worries the world”, the top factors turned out to be:

In this survey, the percentage of Indian respondents who cited each of these factors as a top factor stood thus:

All the factors here are from the base of Maslow’s pyramid: physiological and safety needs.

When we step aside from organized surveys and look at subjective opinions on places like Quora and Reddit to read netizens’ thoughts, themes like income inequity, crimes against women, and intolerance stand out.

It appears that livelihood and safety concerns top the reasons for India’s declining mental health.

The Ipsos Happiness Survey we looked at called out increasing digital life that takes away from spontaneous “real” life. People also move away from rural areas towards congested cities, with lower quality of air, water, and food. More and more people spend time sitting in traffic dealing with road rage and the output of combustion engines in their faces than ever before.

“The environmental and climate emergency is also a mental health emergency,” said Dr. Adrian James, President of the Royal College of Psychiatrists. “If air pollution is exacerbating pre-existing serious mental illnesses, such as schizophrenia, bipolar disorder and major depression, then improving air quality could reduce the pressure on mental health services,” he said.

India’s divorce rates have been rising year over year.

Difrine Madara, a lecturer at the Diakonia Institute, has published a paper on “Impact of divorce on the mental health of the couple”. Here, she cites a strong correlation between divorce and mental health disorders.

“Addictions and depressions were the most common mental illnesses which were enhanced by divorce.” she says.

The National Center for Biotechnology Information discusses the impact of parental separation on children in this article.

“Offspring of divorced/separated parents are also more likely to engage in risky sexual behavior, live in poverty, and experience their own family instability. Risk typically increases by a factor between 1.5 and 2.”, the authors Brian D’Onofrio and Robert Emery – both credentialed psychology professionals – say.

Substance abuse has been undeniably linked to mental illness both as cause and effect, leading to a vicious cycle. As culture evolves and families move towards urban areas, traditional taboos lose their hold over what is deemed acceptable and what isn’t.

Alcohol, for example, is much more common and matter-of-fact than it used to be. It has moved from shady bars and secret shelves to fight for space in the fridge alongside eggs and paneer.

What we can do

A big part of mental health comes from worry and depression caused by things one cannot change.

Facing one’s feelings head-on and recognizing their existence can help. Accepting that depression is not one’s fault can be a crucial first step in dealing with it.

“With mental health issues, we often want to take blame for the problem because it’s ‘in our head,’” says Diana Samuel, MD, an assistant professor of clinical psychiatry at Columbia University Medical Center.

The body and the mind affect each other directly, and one key step to battling mental health is to pay attention to lifestyle choices.

Food, sleep, and exercise can go a long way in helping deal with depression and other disorders.

Yoga and meditation practices have been increasingly prescribed by professionals over the last decade as they work on both the body and the mind through breathing techniques.

“Yoga-based interventions have promise as an intervention for depressed mood and that they are feasible for patients with chronic, treatment-resistant depression”, says Nina Vollbehr, MS, of the Center for Integrative Psychiatry in the Netherlands.

Don’t be afraid to talk to a professional!

The taboo and sense of hesitation that surrounds the idea of approaching a mental health professional to ask for help is unfounded.

“Many people believe they are inadequate or a failure if they have to admit something is ‘wrong’ with their mental health,” says psychologist David Susmas. “Further, they believe they ‘should be able to handle things’ on their own without assistance and that they must be weak or inferior to have to ask for help.”

You do not need to wait to know there is a crisis before asking for help. It is better to address a condition up-front, as it will help with quicker and more effective treatment.

“Sometimes the signs are obvious but at other times, something may feel slightly off, and you can’t figure out what it is,” relays Dr. David Sack in Psychology Today, “Contrary to popular misconception, you don’t have to be ‘crazy,’ desperate, or on the brink of a meltdown to go to therapy.”

Mental health, like physical health, is a fight we all fight together in the pursuit of collective happiness.

Though mental health issues have been on the decline, we don’t need to feel overwhelmed. Like many other aspects of an evolving society, this is a challenge we can face together as we help each other along, holding each others’ hands.

Together, we’ve got this!

How to manage anxiety with these 5 grounding techniques

Mindfulness practices help in reducing anxiety as much as antidepressant medication